“Bon Bini” to all the people considering to visit one of the most beautiful islands in the Southern Caribbean. Curaçao is home to a vibrant cultural mix of the mouth-watering flavours of the Creole with the colonial Dutch architecture. A combination of some of nature’s most beautiful offerings are at your feet, rolling desert plains hiding rocky coves trimmed by massive cliffs, to long sandy beaches flanked surrounded by blue-green water, while the green leafy nature trails are one of the biggest attractions.

Curacao the long, arid and mostly flat island stretches some 40 miles (64 km) from northwest to southeast. The island measures around 10 miles across at its widest point and as the largest island in the Dutch Caribbean Islands with a 180 square meters (472 square kilometres) area size. The island has four distinct coastlines with endless bays and inlets, while one of the others is home to the expansive hilly terrains.

A melting pot at its core, Curaçao is home to many backgrounds. While the majority if 130,00 people of the island are Afro-Caribbean, the island also plays host to Dutch, Latin Americans, Asians and the French. The Dutch upbringing is distinctly visible in major towns like Willemstad, composed of multicoloured Dutch-style buildings.

Probably the best way to get a feel for the Afro-Caribbean culture and heritage of Curaçao is to attend one of the many festivals or the famous Carnival. During the festivals the streets fill with drum beats, Afro-Caribbean traditional dancing, and beautifully made colourful dresses. Carnival which began as a Catholic rite “Carne Levale”, is one of the largest and longest-lasting Carnival spectacles of the Caribbean. Carnival dates are arguably the best time to visit the island.

Curaçao is a popular jurisdiction among gambling operators. Many online casinos, poker sites and sports betting websites use a license from Curaçao eGaming. Curaçao eGaming offers a regulation that is very pro gaming operator and offers the players little security in comparison to other more trusted jurisdictions such as Malta or Cyprus.  There are many reliable casinos that use a license issued by Curaçao eGaming but the license should not be seen as a guarantee that a casino is reliable.  Chose a casino that is licensed in several European jurisdictions if you want to make duty that you chose a trustworthy casino.  Preferable you should also choose a casino that cooperated with large trusted software developers like Microgaming and NetEnt.  These software developers will vet the casinos for you as they don’t want to be associated with dishonest casinos.

If you are not interested in the big spectacles but instead want to surround yourself in the beauty of nature awaits around every corner. Surrounded by warm water and a great breeze, there are over 40 beaches to visit in Curaçao. Direct access to coral reefs and wrecks competes for sea time activities with wakeboarding and sea kayaking. Secluded romantic coves in the north, best beaches in the south and family beaches near Willemstad present a variety of choices for how you want your trip to go.

From the Christoffel National Park, Queen Emma Bridge to the Curaçao Sea Aquarium, there are countless excursions ready for those who venture. Willemstad the capital is the central focus of the island, so once you get there, everything is nearby. Mambo Beach is the home of the best beach and the best nightlife on the island.

Also, definitely, definitely try the incredible combination of cuisines on the island.

History of the Island

Curaçao was originally settled by Arawak people from South America. First Europeans arrived in 1499, the Spanish then the Dutch settled here. The island of Curaçao became a part of the collective administration in 1845 and later reorganized as the Netherlands Antilles. Curaçao has been an autonomous country since 1954, though they were not totally separated from the Netherlands Antilles till Oct, 2010.

English is one of the most commonly spoken languages on the island. The native tongue of the island is Creole of Portuguese descent. Spanish and Dutch can also be heard throughout the islanders’ daily conversations.

Curaçao currency is the Netherlands Antillean guilder (also called the florin). The abbreviation of the currency is NAFl. NAFl sits around a stable, US $ 1 = 1.75-1.80 NAFl. The US Dollar is widely accepted throughout the island, you will most likely be given change in dollars. 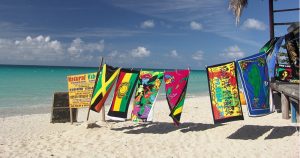 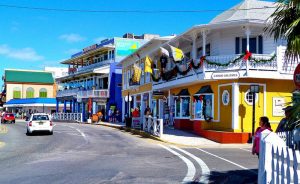 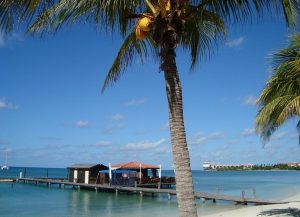